With only a handful of games left this season and both players still interested in new long-term deals, the Easter Road gaffer must first and foremost achieve the goals the team set at the beginning of the campaign.

On Saturday they were able to seal the first of them. If they can beat St. Johnstone on Easter Road and Aberdeen can’t beat Livingston, the capital has finished third for the first time in 16 years, and if they can then score a semi-final victory in the Scottish Cup against Dundee the following weekend, you are on the verge of one of the most important seasons for several decades.

The club has not been in the top three since 1972/73 and has won silver, while the Leith team has not made such consistently high progress since winning the top division and moving into the semi-finals and in all three major national competitions of the trophies, 1950/51. 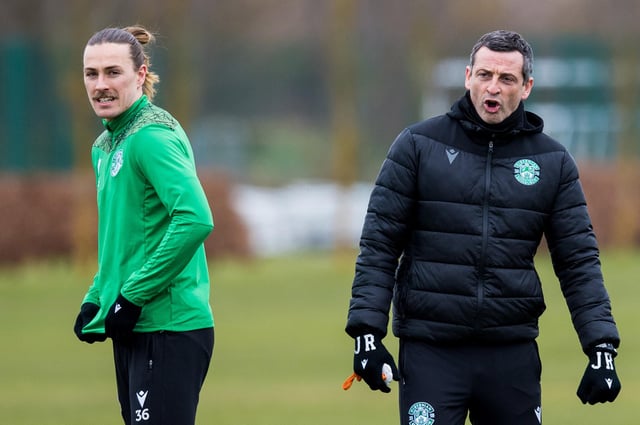 Hibs manager Jack Ross still wants Jackson Irvine to sign a deal that will keep him at the club but says negotiations will have to wait as everyone is focused on the final games of the season. Photo by Ross Parker / SNS Group

“The discussions with Matt and Jackson are not over yet, but I think that at the stage we are in with so many big games to focus on, we have pushed things into the background.” explained Ross.

“We’re still very keen to get these deals across the line and if our season was now over we’d really be pushing that and focus on getting things done or moving things forward, but because we’re still working on so many big games involved I think of course our focus is on these games.

“Every conversation I have with Jackson and Matt right now is based on that. To make sure we get the best out of the squad and every player, that has to be my focus. I think it would be a thorn in my side if it weren’t for that.

“At the moment the most important thing for me is how to get the best out of everyone in these final games. Then we can turn our attention back to the contracts and hopefully by then we will be an even more attractive offer. “

A message from the editor