This news is worth a toast: Ballast Point Brewing Co. of San Diego, in partnership with the UC San Diego Extension, is launching a grant that aims to promote diversity and inclusion in all parts of our city’s brewing community.

The brewery, which has been deeply rooted in San Diego’s craft beer culture since 1996, announced that it has launched its first “Brewing for Diversity” grant.

The scholarship provides an underrepresented student (inception or continuation) with the full tuition and associated fees to successfully participate in the UC San Diego Extension’s existing Brewing Certificate Program.

The brewing program at the UC San Diego Extension was first launched in 2013 as one of the first of its kind in Southern California. The curriculum focuses on the science and technology behind the art of brewing and aims to provide students with the skills they need to advance in the professional brewing industry.

The lessons include “Yeast and Fermentation Processes” and “Sensory Assessment and Beer Styles”. There are also “Barrel Aging” and “Draft Beer Systems Operation and Maintenance” to name a few more courses.

The courses, which include part-time, weekend and evening hours, are taught by professional brewers and executives in the craft beer industry. The program can be completed in 12 to 18 months, according to the UC San Diego Extension. You can read all about it here.

Ballast Point said its scholarship associated with this program will also help improve opportunities for future careers in the craft beer industry for under-represented students.

Each scholarship recipient also has the option to do an internship at Ballast Point San Diego – either at the Miramar facility or at the Little Italy location.

Gain insight into the production and operation of breweries and be equipped with the skills and knowledge to enter the industry professionally. “

The Brewing for Diversity Scholarship Fund will be an annual offering, Ballast said.

For this opening round, students who wish to apply can do so online now through May 15 through the UC San Diego Extension website here.

The committee will include members from Ballast Point, the UC San Diego Extension Program, and the Inclusion Committee of the San Diego Brewers Guild.

According to Ballast Point, the scholarship will be awarded to a student in the week of May 31st. 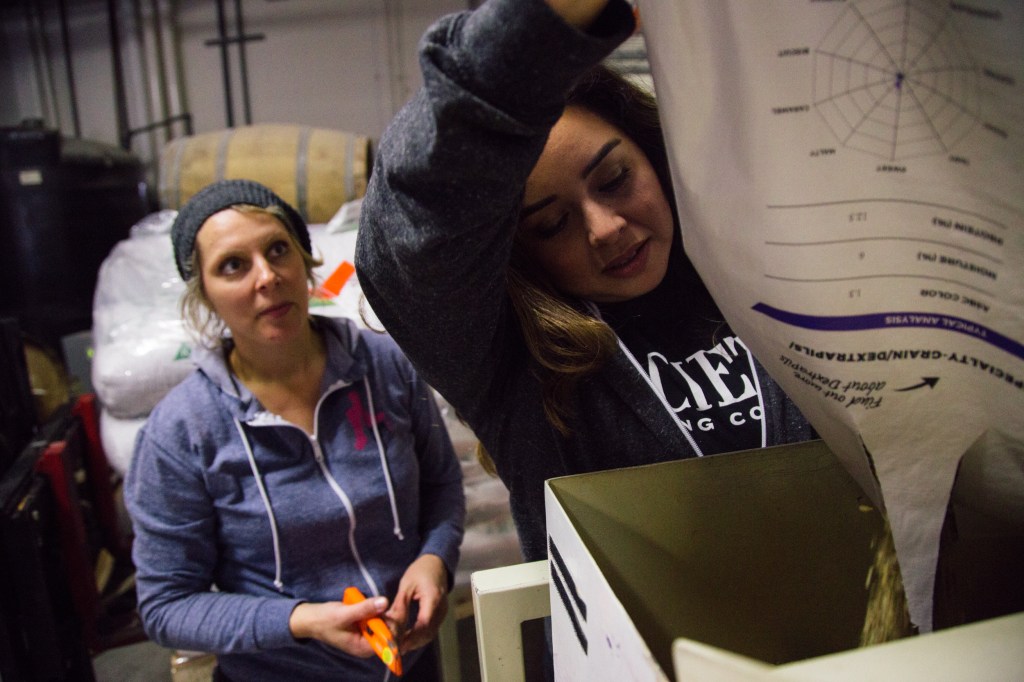 Consumer point of view, “said Collins in a press release. “And we have to work to make all people from all walks of life feel welcome. Such a powerful force arises when minds from different backgrounds and cultures come together. This power enables endless possibilities that can only be realized with change. “

Laura Fandino, assistant dean of professional development at UC San Diego Extension, said the initiative will “improve access and opportunities in a professional field that has inspired so many.”

According to the Brewers Association, current race and ethnicity of the US brewery

The employees are predominantly white for the production staff – 76.2% – and the brewers for 89%.

According to Ballast Point, these statistics show the need for inclusion and diversity.

Virginia Morrison, president of the San Diego Brewers Guild, said the “Crafts Capital” is a leader in craft beer, so San Diego should “lead the way to a more inclusive craft beer community.”

The San Diego Brewers Guild said it is also focusing on inclusion in the city’s craft beer scene through its inclusion committee.

Morrison said the committee’s mission is “to be a resource for guild breweries and allied members who wish to implement diverse, inclusive and equitable practices”.

The San Diego Brewers Guild is committed to promoting the city’s robust craft brewery. More than 150 independent breweries in San Diego are part of the group, which is also focused on support, collaboration and assistance within the industry.

Last summer, Paige McWey Acers, executive director of the San Diego Brewers Guild, took part in our “The San Diego Scene” podcast to talk about how the local craft beer industry survived the coronavirus pandemic and how brewers helped each other . You can listen to this episode (Episode 3: Pints ​​& Pivoting) here or by downloading it below.